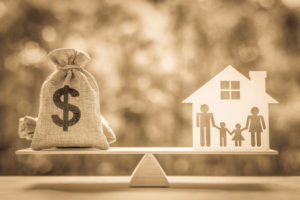 How to Handle Your Taxes in a Blended Family

Who gets to claim the kids’ tax credits? And when do they age out of the tax equation?

This is part two of a series of 5 articles discussing the following case hypothetical from the various professional perspectives:

A and B are about to be married. A has two kids from a previous marriage. B has one child from a previous marriage. They plan to have children together. A receives child support from an ex-spouse. A’s mother also lives with them and helps to care for the children. B’s only child works in B’s business and both A and B hope their joint child(ren) will one day join the business as well. A and B have a lot to discuss!

This family situation may not be too unusual but it does create complicated tax issues. It would be wise for the couple to consult with advisers before the wedding to help prepare for issues that are likely to arise.

In this case, a CPA would want to meet with the family’s decision-makers for an initial fact-gathering session. The CPA would then assign homework for them to prepare for a second meeting during which a strategic tax plan would be developed.

The marriage and the blending of the family will impact how tax returns are prepared and the resulting taxes. For instance, questions would be asked about the children to see if they qualify as a dependent on either spouse’s tax return.

To be claimed as a dependent, a child must be the taxpayer’s child, under the age of 19, lived with the taxpayer for more than half of the year, did not provide more than one half of the child’s own support, and not be a qualifying child on someone else’s tax return. In this scenario, it looks like A’s children would meet all of those qualifications. It would be important to know, however, if A’s former spouse was claiming each child as a dependent.

There are a couple of tax credits that may apply to these children if they meet all of the requirements:

Child tax credit: This credit increased to $2,000 from $1,000 per qualifying child for kids under 17 years old. The child must be a dependent of the taxpayer and must have lived with the taxpayer for more than six months of the year. Up to $1,400 of the credit can be refundable for each qualifying child. There are phase-out thresholds on this credit.

A’s kids are younger since her mother helps to care for them. There is a child and dependent care dredit that may apply for their care. Both parents must have earned income and the expenses must be paid so that the parents can work. The expenses can cover household employees to take care of the child, but that employee needs to be paid wages and payroll taxes would need to be withheld. The employee’s name and Social Security Number is required to be reported to the IRS. The credit cannot exceed $8,000 for two children. The credit may be enough to justify giving A’s Mother some wages.

Child support is not taxable but the dollar amount received might affect the support test for the child being a dependent of the taxpayer if it is more than half of the support of the child.

B’s child works in the business. If the amount the child earns is over $12,000, there will have to be an individual tax return prepared for the child. That tax return will then have to be compared to the parent’s tax return to see which return would have the biggest benefit of claiming the child as a dependent.

A & B should carefully consider, then choose whether to file married filing separate tax returns or file a joint return. Normally, a joint return will result in lower tax liability or a bigger refund than two separate returns.

Reasons to file separately would include the fact that each parent wants to keep their tax liability separate, or one spouse has back taxes, student loan payments or child support owed.

Filing separately also has disadvantages such as both being forced to claim standard deductions or itemized deductions as the other taxpayer even if it is not advantageous to them. It also means a higher tax rate than on a joint return and they may not be able to take any tax credits or education expense deductions and may have other limitations.

Couples getting married, especially those with children, should discuss the tax ramifications and the possible unequal economic effect of filing their tax returns well ahead of time to avoid any surprises.

Next week we’ll write about an estate planning attorney’s perspective of this case study.

Related: Merging Family A and Family B: Who gets what?

Marcia L. Campbell has worked as a CPA for over 25 years specializing in seniors, trusts, estates, court accountings, and probate litigation support. You can reach her at Marcia@MCampbellCPA.com