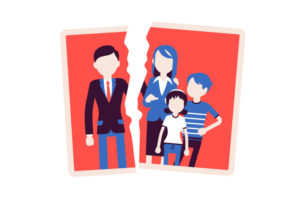 The new tax law made many changes to the tax code affecting taxpayers, including the use of standard deductions instead of itemized deductions and limited deductions for mortgage interest, and state and local taxes. For many taxpayers, these changes were pretty black and white and will stay the same for the future, in turn keeping their tax return preparation simple.

The same is true for non-traditional families.

The tax laws were drafted with the traditional family in mind, meaning a married couple with biological children. In our current society, non-traditional families are quickly growing in numbers. These families include divorced parents, same-sex couples, unmarried adults that are cohabitating, blended families, grandparents raising their grandchildren and single parents who choose to have children alone or adopt. This is the new norm.

Each year the government offers tax benefits directed to families with children such as the earned income tax credit, child tax credit, other dependent credit and head-of-household filing status.

These benefits are distributed to a tax unit that represents adults with children. This tax unit is presumed to consist of the parents who are supporting the child/children who live with them. In today’s norm, though, the child may move between different family members because of formal or informal custody arrangements.

The residency tests on some of these benefits make it difficult for adults who support the child to get the benefits. Only one tax unit can utilize the benefit based on proof of where the child lived for more than half of the year. The deduction or credits cannot be broken up between the multiple adults taking care of the child.

Here are some of the general rules for the individual tax credits:

Tax credits may reduce the amount of tax you owe dollar for dollar. If there are multiple children in a non-traditional family, there is a possibility that each child could be claimed by a different adult if the requirements of the credit are met. Who claims the credit could change from year to year and should be based on the tax savings or the amount of credit that would be received by the specific adult claiming the child.

One adult may have income that is too high to utilize the credit. The credit may not be refundable which would not benefit an adult who owes no tax before the credit would apply. There can be lots of competition between the adults in trying to get the credits, which may cause the adults to try to file their returns first before the other adults to get the benefits.

With all of the above information, decisions about tax return preparation for non-traditional families are not black and while like more traditional returns. They should be made based on an analysis of the whole tax return for each adult to see who would get the best result.

By MARCIA CAMPBELL | Contributing columnist with THE PRESS ENTERPRISE
PUBLISHED: May 8, 2019

Marcia L. Campbell has worked as a CPA for over 25 years specializing in seniors, trusts, estates, court accountings, and probate litigation support. You can reach her at Marcia@MCampbellCPA.com